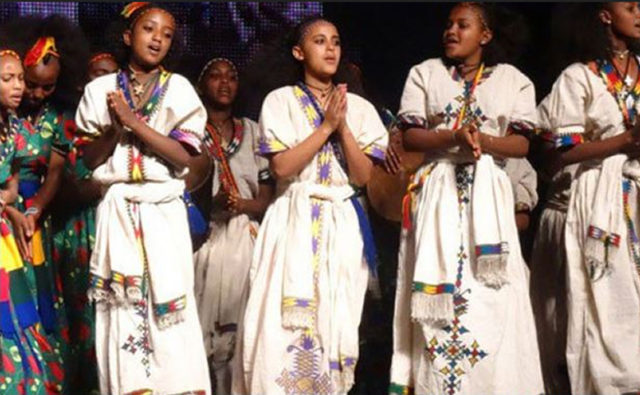 More than 300 artists and performers showcased the wealth of Ethiopia’s intangible cultural heritage in Addis Ababa on Sunday ahead of today’s opening of the 11th session of the United Nations Intergovernmental Committee for the Safeguarding of the Intangible Cultural Heritage.

According to the UN Educational, Scientific and Cultural Organization (UNESCO), intangible cultural heritage refers to “traditions or living expressions inherited from our ancestors and passed on to our descendants,” including oral traditions, rituals and skills to produce traditional crafts.

During the opening ceremony, UNESCO Deputy Director-General Getachew Engida spotlighted the “tremendous advances,” achieved since the Convention for the Safeguarding of the Intangible Cultural Heritage entered into force, as a picture of “peace, diversity and inclusion.”

“To support member States, UNESCO places the emphasis on strengthening human and institutional capacities at the country level through the capacity-building strategy adopted by the Committee, which has been implemented in more than 70 countries,” he explained. “A greater focus will be placed on policy support, to ensure that sufficient attention is paid to intangible cultural heritage in national development plans,” Mr. Engida added.

Ethiopia has been a member of and has collaborated with UNESCO since 1955.

The Chairperson of UNESCO’s Executive Board, Michael Worbs, pointed out that the Committee was meeting in Africa for the fourth time since its creation in 2006, demonstrating “the central importance that intangible cultural heritage has for Africa as a whole,” and the priority of Africa in UNESCO’s actions.

The Committee brings together representatives of 24 States Parties to the Convention, who, through 2 December, at the UN Economic Commission for Africa (UNECA) in Addis Ababa, will examine five nominations for inscription on the List of Intangible Cultural Heritage in Need of Urgent Safeguarding and 37 requests for inscription on the Representative List of the Intangible Cultural Heritage of Humanity.

Ten years after the Convention entered into force, the Committee will examine creation of a monitoring instrument to measure its impact and progress achieved.

The List of Intangible Cultural Heritage in Need of Urgent Safeguarding, which currently features 43 particularly vulnerable elements of the living heritage, helps States Parties to the Convention to rally international cooperation and assistance to maintain cultural practices with the agreement of the communities concerned. Among other elements, they will examine the Cossack’s songs of Dnipropetrovsk Region in Ukraine; Chapei Dang Veng in Cambodia; and Ma’di bowl lyre music and dance in Uganda.

To date, UNESCO’s 2003 Convention for the Safeguarding of the Intangible Cultural Heritage has been ratified by 171 States Parties. Its Intergovernmental Committee meets annually to implement the Convention and examine requests for inscription on its various lists.