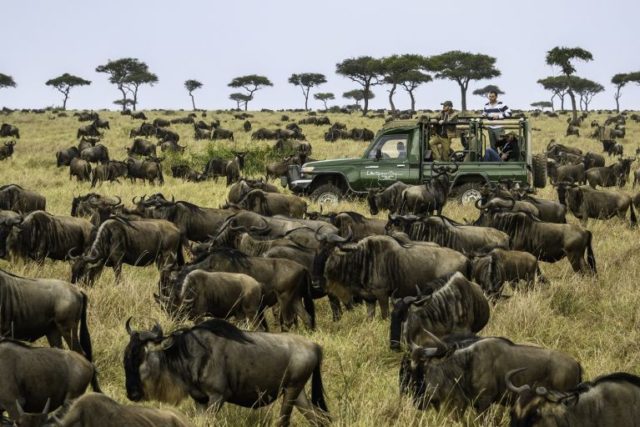 The Greatest Wildlife Show on earth is here with us. The Migration of wildebeest and zebras have now entered the Mara. Every indication shows that the stage is set for the worlds most fascinating wildlife spectacle. A few herds of mainly Zebras and wildebeest have crossed the border near Sand River. They could be seen this morning taking their traditional route towards Roan Hill.
Looking onto the Serengeti from the Sand River, one can see isolated herds heading north though reluctantly.
We anticipate that as the concentration builds up, more will push up north into the Mara.

Every year the plains of East Africa are home to one of the world’s greatest wildlife spectacles, the migration of 1.4 million wildebeest and hundreds of thousands of zebra and gazelle, tracked by Africa’s great predators. The migration is often described as a set circuit that occurs between Tanzania’s Serengeti plains in the south and Kenya’s Maasai Mara in the north usually starting in end June/ early July and ending in October.

You can book your wildebeest migration safari with several tour operators in Kenya. We wish you a nice safari!