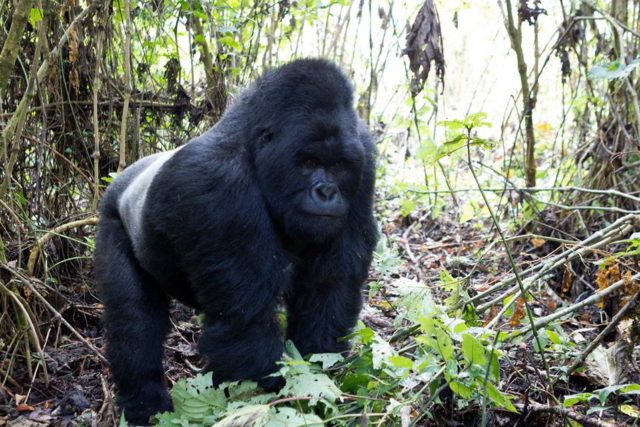 Following an increase of Rwanda Gorilla permit costs, travellers have decided to get alternative gorilla trekking destinations in Uganda and Democratic Republic of Congo. In other words, Rwanda made an automatic marketing strategy for Uganda and Democratic Republic of Congo’s Gorillas which has boosted the two country’s tourism industries. On 6th may 2017, Rwanda increased the cost of their Gorilla permits from US$ 750 to US$ 1500 per permit which caused a negative out come to the tourism industry and the entire economy of Rwanda.

Since the Democratic Republic of Congo is among Rwanda neighbors. This was automatic pass for it to revive her tourism Industry through Gorilla trekking. DR Congo is second largest nation in Africa after Algeria. DR Congo is one of the richest countries in Africa as far as tourism is concerned. The country has virgin tourist potentials ranging from Drainage, relief, wild animals, vegetation, birds, and culture and so on.

It should be noted that DR Congo is among African countries gifted with low land Gorillas and Mountain Gorillas.  Therefore, DR. Congo has a lot to offer in tourism industry…. More so, the country is gifted with chimpanzees, birds and other wild animals.

-It is easily accessible from Goma city (30 minutes’ drive)

-It hosts both mountain and Low land Gorillas.

-It offers the best view of Virunga ranges. Mikeno Volcano, Nyamuragira Volcano, Nyiragongo Volcano among others mostly seen while in Virunga National Park.

-The low cost of Gorilla permit at US$ 400 each as also promotes Gorilla trekking in DR. Congo. Her counter parks Uganda at US$ 600 and Rwanda at US$ 1500 per permit.

Among other strategies to promote tourism in Democratic Republic of Congo (DRC). All tourists are escorted and guarded by the national army from the boarder to the park and back. That gives confidence to the tourists to go gorilla trekking in DR. Congo.

Gorilla trekking is among the most exciting activities in the world – therefore, everybody should enjoy it before death and looking into the eye of a Gorilla is a life changing event.

In the past years, gorilla trekking in DRC has been hindered by unpredictable security causing fear and tension to the tourists forcing them to divert to Rwanda and Uganda. Alongside DRC, Uganda has also gained a lot from the increase of Rwanda Gorilla permits to the extent of receiving more than 100 Gorilla trekkers every day.