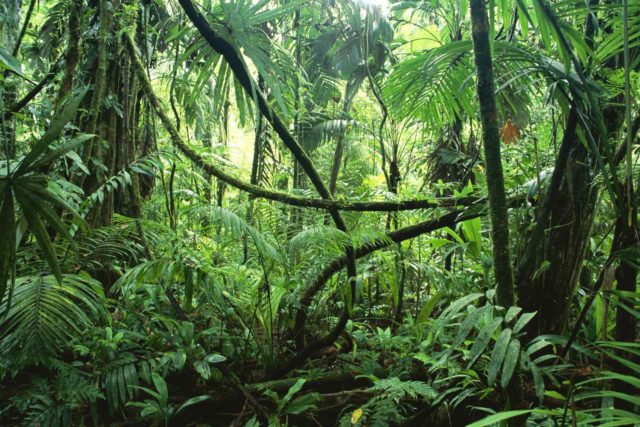 The best way to discover in depth what Virunga National Park has to offer to its world visitors is by embarking on nature walks. Nature walking per say means a process of transforming from one destination to another mainly to appease the mind, relax from the bustling cities and have a stress free mind. This experience requires some patience as a walk takes you through many trails where you will have a great opportunity to sight at varied wildlife species that dwell in different habitats within the park and they include bird species, plants, trees, butterflies among others.

While on a Congo safari through Virunga National Park, you have a chance to pay a visit to different areas including the gorilla orphanage center Senkwekwe which is found within Rumangabo which is just adjacent the park headquarters. While here, you have a chance to catch a glimpse at the four gorillas that were saved from the hands of poachers. They include Ndakasi, Matabishi, Maisha and Ndeze that can be spotted while playing, interact peacefully. They are well-protected and can be viewed safely by visitors.

As well, you can also take part in chimpanzee tracking at the dense forest of Tongo where these creatures have been habituated. Chimpanzees live peacefully and happily by interacting and working together.

Senkwekwe is a gorilla orphanage center-a facility that offers refuge to orphaned gorillas in DR Congo. It offers basic care to these endangered creatures. They are provided with appropriate medication by the Gorilla Doctors, shelter, food and protection by the park rangers. This facility features as one of the world’s incredible place where the Great Apes are protected. Senkwekwe is named after a dominant gorilla silverback ‘Senkwekwe’ that lost his life in 2007 from Rugendo gorilla group during the civil war. Senkwekwe has four gorillas comprising of three (3) adult females- Maisha which is the dominant gorilla, Ndakasi and the six (6) year old Ndeze that unites both Maisha and her younger sister Ndakasi.

Matabishi was spotted in isolation outside the park just around the borders near Bikenge after being freed from the poachers who feared for their lives in case of being caught by the park wardens. He was also put into the orphanage after a period of about six months of quarantine and adjustment. During that time, he had weight and he was very energetic and it was because of this that he was added into the orphanage center to join the three members. He grew to like and interact with other members that made him peaceful and happy like he got a family that he belonged. Also, this orphanage center helps to take care of and restore the eastern lowland gorillas from poachers and traffickers.

Tongo forest dates 300 years and lies on the top of Lava flow from Mount Nyamuragira in the northwestern Rumangabo in the Virunga National Park. It is a host to a candid population of chimpanzees. Tongo forest is small in size and features thick forest vegetation and with a small hill at a distance. This is one of the 4 hills of Tongo and for any plans to explore this area, please take note of the following; don’t eat near the chimpanzees, keep a distance of 7 meters at all times from these creatures, if you are not feeling well don’t go for chimpanzee adventure, dress in environmentally friendly clothes and others. About 32 chimpanzees were habituated within this forest and taking part in this primate experience you need $100 for international visitors and $25 for the Congolese.

Encounter the Mountain Gorillas in Rwanda