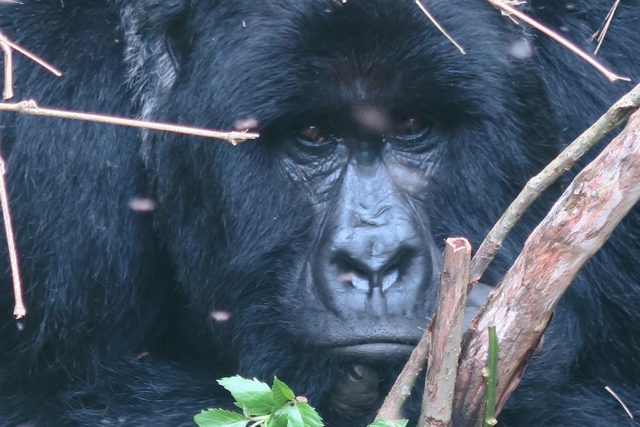 Most tourists planning to visit any African country always worry about not meeting their expectations and most of them perceive Africa as an insecure tourism destination. That is very wrong because Rwanda is today one of the safest country to be in for a tour or wildlife safari. Though Rwanda was affected by the 1994 Rwandese genocide, the country has greatly recovered over the decades and today its one of the most developed countries in east and central Africa. The country has various tourism attractions evenly distributed all over the country. Of the many attraction are mountain gorillas located in volcanoes national park.

Mountain gorilla encounters in volcanoes national park in Rwanda are some of the mind blowing and astonishing experiences that one can have ever have on a safari in Rwanda. They were most made popular to the western world by Dian Fossey an American zoologist who spent years in the forests studying these untamed animals.

Mountain gorillas are the largest of the Apes family and are close to humans having over 95%DNA similar to humans. They are strong and their enormous size makes them a little dangerous. Mountain gorillas are a little shy and spend most of their time hiding in the wild feeding, females looking after their young mountain gorillas and the males-silverbacks always looking for new feeding grounds and very determined to protect their territories.

Volcanoes National Park can be easily accessed from Kigali international airport just after a 2-3 hours drive on a well-developed tarmac road. You do not need to worry about accommodation because volcanoes national park has a number of well developed lodges where one can have a good night sleep while preparing for the greatly anticipated mountain gorilla day. The standard accommodation facilities where one can relax include gorilla Mountain View lodge, Sabyinyo silverback lodge and Virunga lodge among others.

After having a good sleep and waking up early morning to the sounds of the birds and great views of the beautiful the gently sloping hills covered with evergreen forests, tourists head to the Kinigi park headquarters where they are served with locally made hot coffee and tea as the a local group of entertainers bring lots of smiles to your faces jumping and dancing. You are then divided into groups of 8 and allocated to the 10 gorilla families. After being briefed, you then head to the jungles in search for the allocated gorilla group, which takes from 30 minutes to 5 or 6 hours.

Just a step in the forest introduces you the true African wilderness and sounds of nature. The guides in volcanoes national park are always willing to explain to the tourists the jungle and some of its inhabitants. As the journey proceeds, your guide is informed by the trackers who usually go ahead of the tourists tracking where exactly the gorillas are.

In just few minutes after having given proper direction by the trackers, a look through the vegetation introduces you to the mountain gorilla. All covered with black fur, a look in the mountain gorilla dark eyes is first scary but as look more you eventually get moved.

The gorillas just relax eating the leaves in the reach of their hands as they stare at the very curious tourists taking their photographs.

While here, tourists are advised tourists are advised to keep a reasonable distance to avoid being attacked by the gorillas. An allowance of just an hour is given to the tourists and when it elapses, they are directed back to the headquarters, given certificates of participation for having gone for the great adventure. In addition to the remarkable gorilla experience, being in Rwanda feels like being home away from home and this explains why tourists are always forced to visit the country again.

Trekking to the Mountain Gorillas of Rwanda