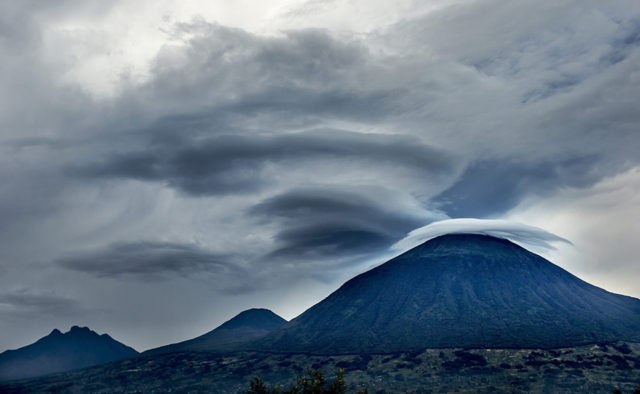 Much as Rwanda is such a small landlocked with a horrible history of the genocide, it is a fascinating safari destination of contrasts that offers so many things that a tourist can discover during his/her Rwanda tours.  It is located in east-central Africa and is dominated most by steep hills and deep valleys with its highest point being Karisimbi (4,324 m) in the Virunga Mountains. The country’s exceptional natural splendour has propelled the country to being one of the best vacation tours and safari destinations in Africa. Some of the best safari vacations in Rwanda entail some of the following tours.

Gorilla Tracking in the Virunga Mountains
Rwanda is a land renowned for its diversity that pervades in its natural splendour, cultures and even its topography.  In north are the topographical diversities of the actually remarkable Virunga Mountains. The Mountains are a chain of volcanoes along the northern border of Rwanda, with the Democratic Republic of Congo (DRC) and Uganda. Nearly half of the world’s 700-some remaining mountain gorillas live in the Virunga Mountains. The lushly forested slopes of the mountains form an appropriately dramatic natural setting for what is arguably the most emotional gorilla tracking experiences. Other wildlife includes forest elephants, chimpanzees, giraffes, buffaloes as well as its hippopotamuses; and different species of birds.

Named after the Akagera River running along its eastern boundary, Akagera National Park is warm and low-lying with undulating plains supporting a cover of dense broad leafed trees with acacia woodlands and grasslands. It is in this safari park where you will have a chance to view and photograph the big five (lion, elephant, Buffalo, leopard and rhino). You also get to spot other animals such the giraffes, zebras, crocodiles, hippos and over a dozen species of antelopes. The hippos and crocodiles are normally found along the eastern side of river Akagera where they lie in wait for animals as they come to drink water. You can go for boat trips on Lake Ihema to view some of these animals. For birders this is another paradise on earth, the birdlife is extraordinary: not only the rarities that will have passionate birdwatchers in ecstasy but also Africa’s most inspiring concentration of birds.

Nyungwe Forest is the largest montane forest in East Africa and is remarkable for its rich biodiversity harbouring over 75 mammal species, 120 butterflies, and 275 birds and over 100 varieties of orchids. It is an ideal site for tracking chimpanzees and the beautiful golden monkeys. Chimpanzee and gorilla tracking takes many hours of walking in the thick forest, this makes the safari quite tiresome. Other primates in this forest include several other monkeys L’Hoest monkeys.

Nyungwe is also of ornithological amazement for it hosts over 310 rare varieties of birds of which a third are restricted to the montane forests on the Albertine Rift. Perfectly organised forest walks lead trekkers to various waterfalls and viewing points. A nature walk through this forest can be truly rewarding.

Rusumo Falls is a waterfall located on the Akagera River on the border between Rwanda and Tanzania. They are an amazing and spectacular falls that is a part of the distant headwaters of the river Nile. It’s not worth missing while crossing the border of Rwanda with Tanzania.

Lake Kivu is part of the Great Rift Valley and one of Africa’s Great Lakes. It is situated in the Albertine rift on the western border with DR Congo. This lake is a tourist’s centre with fresh waters safe to swim. The lake is a wildlife heritage for tourism. Lake Kivu is rich in minerals and was found to contain around 55 billion cubic metres of methane gas at a depth of about 350m. You can spend a weekend on one of the beautiful beaches.