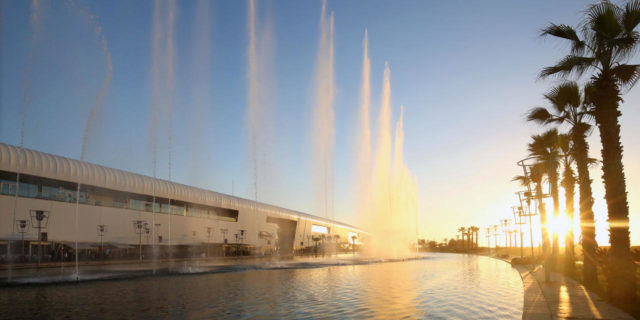 The Moroccan city of Casablanca is the country’s largest, so it should come as no surprise that it is now home of the largest mall, not only in Morocco itself, but on the entire African continent.

The project is a joint venture with Moroccan group Aksal and Al Jedaie group of Saudi Arabia; it is worth $242 million and spans 10 hectares of land in the main port city overlooking the Atlantic Ocean.

The goal of the mall is to draw in around 14 million visitors each year, consequentially creating 5,000 direct jobs and 21,000 indirect ones, according to developers.

“The main idea was to build a mall for people where all Moroccans and tourists who come to Morocco can feel as if the mall is becoming part of their experience. For Moroccans, it is almost like an extension of their living room. For tourists, it is another reason to say that Morocco is quite a unique country. It is not only the old traditions of the Medina, the surprise, the souks, the markets that you have there with their smells and the spices, the beautiful colors, but is also a sign of modernity,” said mall architect Davide Padoa.

The mall houses about 600 international brands, from high-end fashion shops to restaurants, as well as an aquarium, an ice rink, and the continent’s first IMAX cinema.

Tangier: Things to See & Do