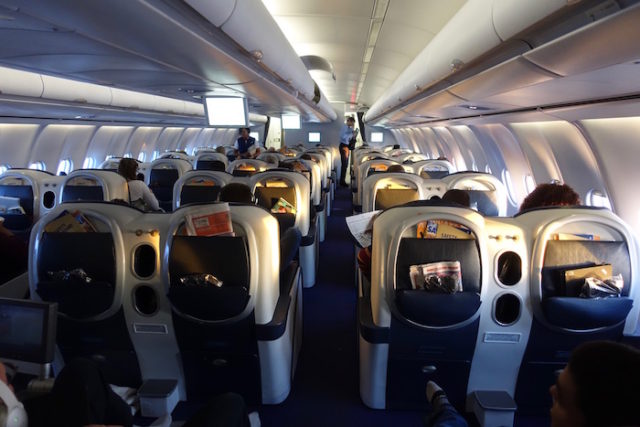 African airlines are facing another year in the red, with the International Air Transport Association (IATA) predicting collective losses of approximately $100 million for 2016. This follows loss estimates of some $300 million for African carriers in 2015, according to the organization’s recently revised industry outlook, in which it projected that globally the world’s airlines are set to register around $33 billion in net profits for the year now closing.

In an exclusive interview with AIN, IATA’s chief economist Brian Pearce said that the low commodity prices are seriously affecting airlines’ profitability in Africa. “It is disappointing,” he commented. “Africa has got a big potential but the continent seems to be moving in quite a difficult position at the moment principally because of the weakness of commodity prices which means much lower revenues for the economy. That stopped a lot of beneficial improvement in economy growth.”

According to Pearce, Africa continues to be hit by regional conflict, social unrest and epidemics. “There is a list of things unfortunately that all come together and make it very difficult for airlines to prosper in Africa,” he said.
Nonetheless, according to Pearce, there are still very good airlines in Africa held back by a high level of regulatory cost and government restrictions on market access. “That is why the majority of African passenger traffic is transported by non-African airlines,” said Pearce.

According to IATA’s research, for African airlines the reduced fuel costs associated with the lower oil prices are not offsetting the negative effect of the wider drag on the region’s economy caused by falling income from commodities like oil. Pearce explained that local currency devaluations are undermining the carriers’ ability to benefit from the falling price of jet-A, since the fuel is priced in U.S. dollars.

“We have seen in the past that airlines were able to make money when the price of oil is high,” said Pearce. “Oil is not the only factor. And indeed what we have seen in many African economies at the moment is that the exchange rate has fallen very sharply. For instance in Nigeria and South Africa. And that means that the dollar price of jet fuel is low but many African airlines are not seeing those benefits in local currency terms because of the exchange rate fall. Due to the currency devaluations, there has not been substantial fall in fuel cost.”

The factors contributing to the losses sustained by African airlines are mostly external to the industry itself. Quite apart from the impact of lower commodity prices, violent conflict and social unrest in some countries are denting tourism demand. Pearce also claimed that government restrictions and high regulatory costs are impeding growth in the sector.
IATA is projecting that, on average, African airlines will lose 93 cents per passenger per flight in 2016, representing a declining net margin of -0.5 percent. This contrasts with an anticipated global net margin increase of 5.1 percent (amounting to a $9.59 profit per passenger with overall net profits of $36.3 billion).

“I think governments in Africa should see air transport as an engine of economic growth and development,” concluded Pearce. “And they need to facilitate the expansion of air transport which increases tourism, trade and create sustainable jobs in Africa.”
IATA director general and CEO Tony Tyler highlighted inadequate airport infrastructure as another obstacles for airlines in Africa. At the same time, he expressed reservations about the viability of some planned airport developments, including Ndjamena in Chad, Addis Ababa in Ethiopia and Dakar in Senegal.

“What we would like to see is that investment in better infrastructure takes place in a measured way after consultation with the users and what is built is appropriate and relevant to what the industry needs and is not building palaces which cost too much and are much bigger than what the industry needs at that time,” Tyler commented. “It is important that the airports that are built are the right size and not being built wastefully.”
-AIN Online