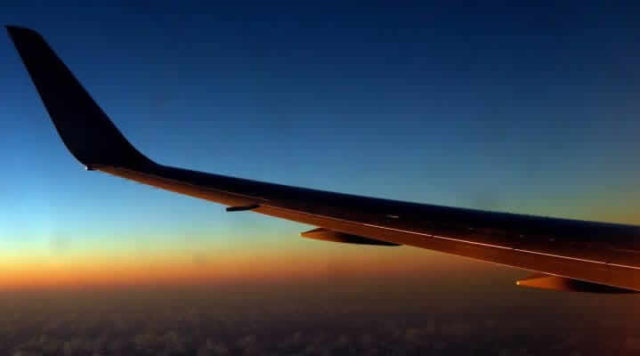 Analysis of International air travel to East Africa this year (January to August) by ForwardKeys, a company that predicts future travel patterns by crunching and analysing 14m booking transactions a day, reveals strong growth of 11.2% compared with the same period last year.

This is an exceptional performance as growth for Africa as whole has been 5.6%, with countries like Algeria, Egypt, Morocco and Tunisia seeing little growth or even a decline.

Olivier Jager, CEO, ForwardKeys, said: “We are seeing a tale of two Africas, with North African countries suffering from political instability and terror activities and Sub Saharan African countries powering ahead, with Ethiopia up 9.6%, Tanzania up 10.6%, Mauritius up 11.6% and Kenya up 14.9%. South Africa is up 11.4%”

Looking ahead to the remainder of the year, the picture is highly encouraging for East Africa.  International bookings for travel to East African countries, up to the end of December are 17.3% ahead of where they were at this time last year.  Looking at the main origin markets, the UK is 13.2% ahead, Germany is 21% ahead, The USA is 21% ahead, France is 16.1% ahead, the Netherlands is 16.6% ahead, South Africa is 9.4% ahead and India is 34% ahead.

An analysis of airport capacity, defined by the total number of seats, reveals that the stars in terms of growth are Nairobi, Kigali and Kilimanjaro.  Looking at international capacity in the periods Q3 2015 – Q2 2016 and Q3 2016 – Q2 2017, Nairobi grew 0% and 2% respectively, Kigali 5% and 4% respectively and Kilimanjaro 11% and 20% respectively.  Whilst a 2% growth for Nairobi may not sound so impressive, its capacity is around four times that of Kigali.

The data has been released ahead of AviaDev, a new airline route development conference and AHIF, Africa’s highest profile hotel investment conference, which run concurrently at the Radisson Blu Hotel & Convention Centre in Kigali from 4-6 October 2016.

Jonathan Worsley, Chairman of Bench Events, which is organising AHIF and AviaDev, said: “We are seeing unprecedented interest in the AHIF AviaDev combination, with over twenty airlines signing up to talk about new air routes, with global CEOs of the world’s biggest hotel companies present to discuss their plans for Africa and with government ministers keen to attract inward investment; one has to ask: “Why is there such serious interest?” These highly encouraging booking figures explain it.”

Jonathan concluded: “If what is happening in Rwanda becomes a yardstick against which other East African countries measure themselves, I would expect this strong growth to continue.  There, a new airport is under construction 25km outside Kigali, with the ability to cater for 4.5 million passengers/ year, seven times today’s traffic.  The national airline has invested in new aircraft and set itself ambitious growth plans and the government is actively promoting Rwanda as a destination for conferences and exhibitions.

Top Reasons Why You Should Visit Uganda

5 Best Cars to Rent for Family Safaris in Rwanda